Each year is a fantastic year in the world of technology.  However, 2015 was an exceptional year full of innovation. There were several innovations relating to web platforms and were used mostly throughout the year. They include

It is an exciting technology that allows its users to cross platforms and desktop applications using web technologies. Additionally, it has features like,

People working with Microsoft products can readily identify with Electron as it will send an immediate message to Microsoft when there is a crush on a word document for example. Moreover, within minutes, it will start working again, which means they have solved the problem. Most developers are utilizing this technology for his purpose.

Most developers are using this technology to develop android and apple applications since they are the two commonly used phones by consumers. Additionally, it involves a lot of hardwork and knowledge to know how to use virtual DOM or JSX when creating and transferring language from one platform to another.

Most people will identify it as a dynamic web app, additionally; it is not a web technology. However, it is a collective term highlighting characteristics of latest applications. Moreover, one of them is an enhancement, only indicates that the application has no limit, and it will run on several platforms.

It is a JavaScript editor that is significant in text editors programs. Additionally, it is a combination of to technology, JavaScript, and Electron. It runs using JavaScript coding and has all the Electron features. Moreover, in 2015, it changed to an open source and added more extensions.

It is a module bundler that focuses on converting several ES6 programs into one bundle. Additionally, it converts ES6 or CommonJS modules. It influences and brings a significant impact on JavaScript units through

It is a static formal language that developers use when feeding JavaScript programs. Its use involves offering support, moreover, ensuring there are faster executions. It is an advancing language unlike bytecode and has been in the process of evolving lately. Additionally, it has its output ready inside it hence making it easier for it to incorporate 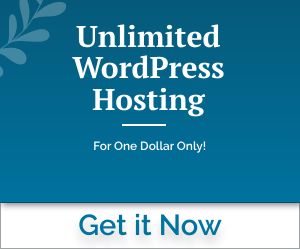